Brief History of The GHANA NAVY

T he formation of the Ghana Navy dates back to the period of World War II when the British established the Gold Coast Naval Volunteer Force to conduct seaward patrols to keep the coastal waters of the colony free from sea mines.

On the attainment of independence in 1957, a new volunteer force was organized with two divisions: one stationed in Accra while the other with an organic headquarters was located in Takoradi. This volunteer force provided the first batch of ratings to form the nucleus of the present Ghana Navy.

The actual establishment of the Navy was laid by an Act of Parliament in July 1959 by Osagyefo Dr Kwame Nkrumah, the first president of Ghana who could be described as a maritime strategist. He had an elaborate and very ambitious long-time programme that sought to make Ghana a maritime power, at least, within the African context. The establishment of the Black Star Line, Tema Shipyard, Takoradi and Tema harbours were all part of his strategic moves to develop the maritime capability of the nation. Building a strong navy was an essential requirement of the maritime plan he vigorously pursued. In line with this plan, two inshore Mine Sweepers named GNS YOGAGA and GNS AFADZATO were initially acquired from the Royal Navy to form the nucleus of the Navy fleet. In 1960, two Seaward Defence Boats were acquired from the Royal Navy and added to the Inshore Mine Sweepers. These were GNS ELMINA and GNS KOMENDA. Later the Navy acquired bigger vessels in line with the extension of our territorial sea to the 6 nautical mile limit.

A Coastal Mine Sweeper GNS EJURA acquired by lease from the Royal Navy and a Mobile Repair Craft GNS ASUANSI, a converted Second World War Landing Craft were added to the fleet. A presidential yacht GNS ACHIMOTA was added to the inventory and she became the flagship. In 1963, the first vessels designed and built purposely for the Ghana Navy, KETA and KROMANTSE were acquired. These were the first in their class. 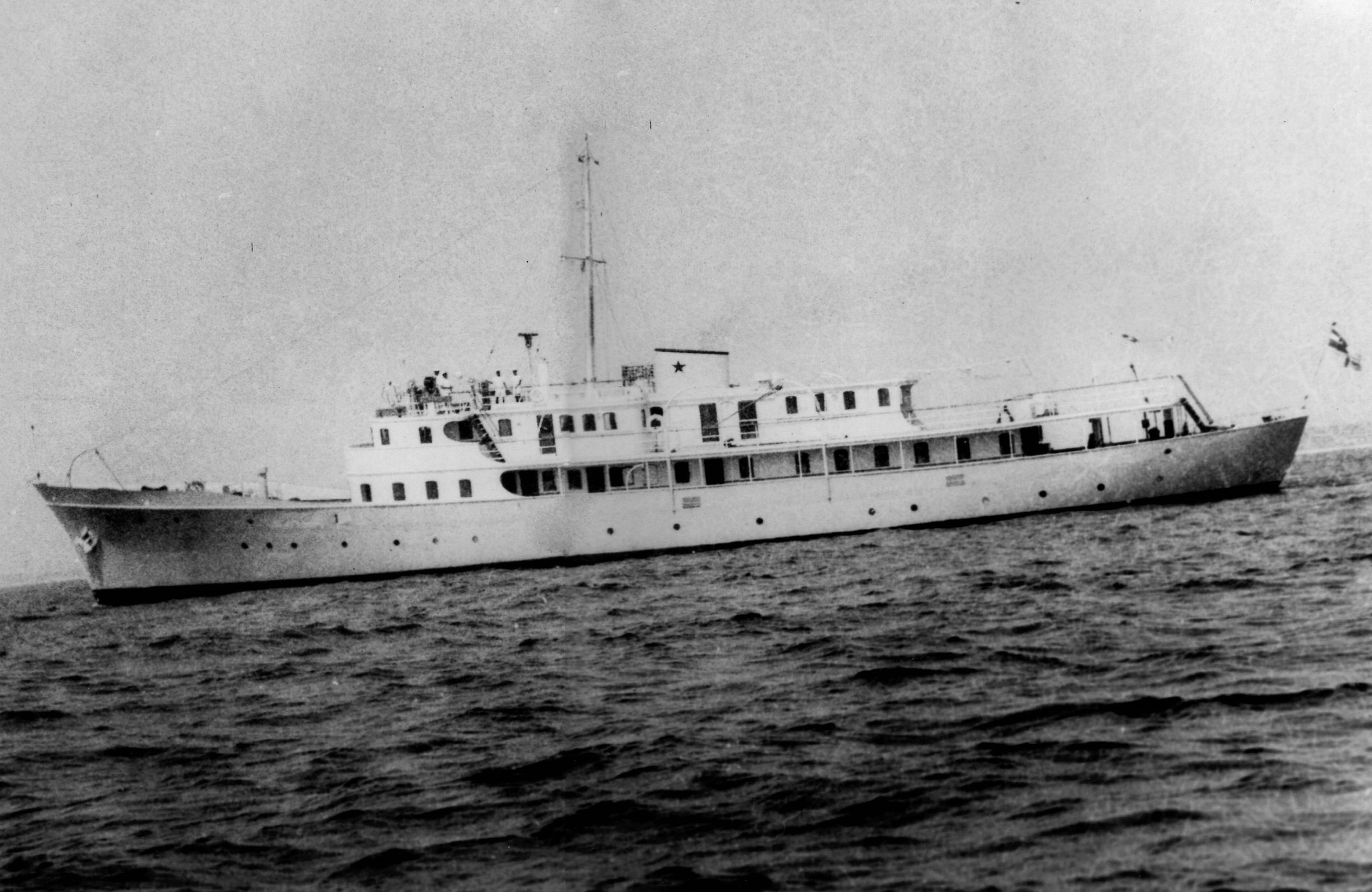 Later, similar vessels were built for other navies. ...read more

Before then, a British loan had been granted for the building of a frigate and the project was almost completed when the first president of the Republic of Ghana was overthrown. The successive governments declined to accept the ship and the British took it over and named her HMS MERMAID which was later sold to Malaysia. A second frigate had also been approved by Parliament as a support Ship for the fleet. The project only ended up on the drawing board. A Naval Base at Sekondi for the fleet was also started in 1959 but had to be scaled down after the overthrow. With the addition of four Russian Patrol Boats, the size of the fleet stood at respectable thirteen ships in 1967.

Between 1974 and 1980, Ghana Navy acquired two river Patrol Boats (GNS SAHENE and GNS DELA) and four Fast Attack Crafts GNS ACHIMOTA, GNS YOGAGA, GNS SEBO and GNS DZATA from West Germany. Within the same period the two Inshore Mine Sweepers (GNS YOGAGA and GNS AFADZATO ), tow Seaward Defence Boats (GNS KOMENDA and GNS ELIMINA), four Russian Patrol Boats, the Presidential Yacht (GNS ACHIMOTA), the Mobile Repair Craft and the Coastal Mine Sweeper were retired. Thus by the end of 1981, the Naval fleet had been reduced to ten vessels in various states of serviceability. Due to the constraints of the economy, six of the ten vessels were run down after 1981. By 1986 when the then PNDC by its PNDC Law 159 declared a 12 nautical mile territorial sea and a 200 nautical mile exclusive economic zone, the Navy had only 4 vessels left on its inventory.

The Navy had to operate with these ships in the performance of her tasks at sea until 2001 when tow Logistics ships (GNS ANZONE and GNS BONSU) and an Inshore Patrol Craft (GNS DAVID HANSEN) were acquired from the United States of America. Three Defender Class boats were acquired from the United States Government in 2008 and another four donated in 2010. An ex-Patrol Killer Medium (GNS STEPHEN OTU) was donated by South Korea in 2011. Four Snake Class ships (GNS BLIKA, GNS GARINGA, GNS EHWOR and GNS CHEMLE) built for the Ghana Navy in China were added to the fleet in February 2012. Two Warrior Class ships, being ex-German Navy Albatross Class Ships, (GNS YAA ASANTEWAA and NAA GBEWAA) were added to the Ghana Navy fleet later in 2012.

I affirm my loyalty to the Ghana Navy, the Ghana Armed Forces and the Republic of Ghana
I pledge to uphold the Constitution of Ghana
I promise to uphold the noble values of equity, fairness and firmness
I am ever ready, ever faithful and ever prepared
I will remain dependable, disciplined and loyal
With God on my side, I shall sail through